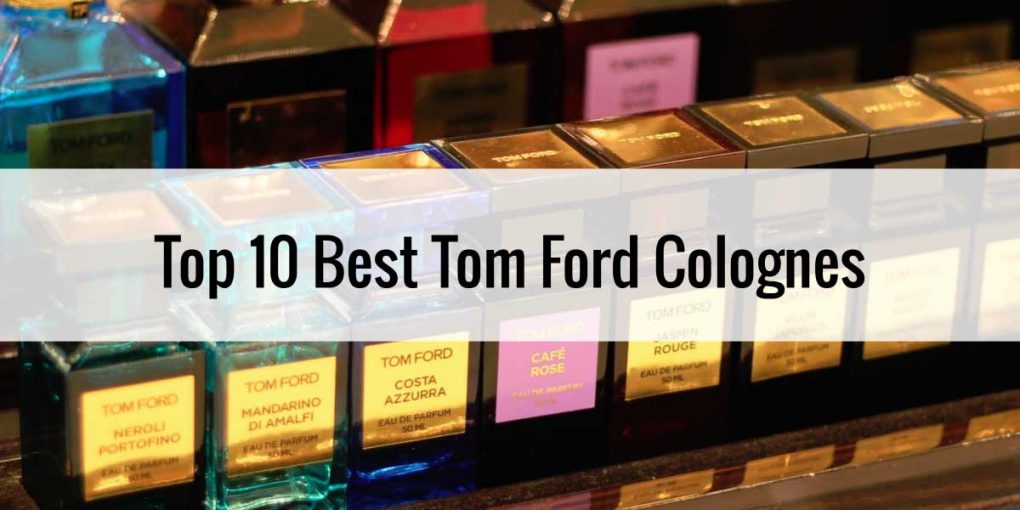 Tom Ford is one of the most well-known American fashion designers in the world, as over the years he has been able to infuse his style into his magnificently timeless creations (a style which tends to always have a certain ‘wow’ factor). The best Tom Ford cologne is found in this article.  If you are interested in more of the best colognes, click here.

Since he was a young boy living in Austin, Texas, he had a great interest in being part of the fashion world. Tom’s interest was so big that he left home when he was a teenager and headed to the big apple with his dreams, dreams which came true when he opted to attend one of the most prestigious fashion schools in New York City and when he became extremely persistent on every door he knocked on in the fashion industry.

This Texan native rose to international fame in 1992, as he became the design director of the prestigious Gucci brand. In 1994, Tom Ford was promoted to creative director and was mentioned often in the media as the man who was able to put glamor back into the fashion scene.

Not only is Mr. Ford known for once being the creative director of Gucci but also for once being the creative director of the fashion house Yves Saint Laurent. Tom has won numerous of awards from numerous important fashion institutions, such as from the Council of Fashion Designers of America. Just like he did with Gucci, Tom Ford was able to catapult Yves Saint Laurent back into the mainstream, which turned him into one of the most influential people in the fashion industry.

In 2004, he decided to part ways with both of these fashion houses and began to consider launching his own line of menswear, eyewear and beauty accessories. After gaining international fame by turning Gucci into an icon of sexy, modern fashion, American designer Tom Ford introduced his own line in 2006, which included Tom Ford Beauty: a captivating collection that included intense fragrances for both men and women.

For eight years, Tom Ford has been teasing the fashion industry with his own creations. He has launched a handful of things since 2006, but there is one thing in particular that he creates that tends to captivate the multitudes and that’s his fragrances.

This is the first fragrance that Tom Ford launched his line, a line which has become extremely popular around the globe for its exquisite blends of traditional and modern influences. It is a refined, luxurious, and sensual fragrance that begins with a crisp citrus aroma that you could only be found in the Mediterranean. This first note carries a refreshing and bright mix of deep greens, grapefruit, and ginger. From there, the scent of this perfume turns robust, before it mellows into a masculine base of leatherwood and amber. This perfume goes hand-in-hand with an individual who is going out at night to meet his other half and wants to impress them with an exotic scent.

This fragrance is perfect for masculine men who are sophisticated, and classic. This scent revolves around the essence of vetiver, which is obtained by an innovative extraction technique. This fragrance has definitely a one-of-a-kind aroma that achieves its full potential with the help of enhanced elements. The top layer of this fragrance includes grapefruit, aromatic sage, and grapefruit. Warm woods balance and wrap the top layer with notes composed of nutmeg, pimiento, and orris. Golden amber woods make up its base and its oakmoss scent contributes a woodsy and green impression, which completes the refined harmony of the scent.

This particular fragrance from Mr. Ford contains a show-stopping aroma that is not intended for those women who do not like to be the center of attention. This scent has one-of-a-kind notes that has many women on the Internet really talking. Its rich fruit fragrance and sultry wood notes help bring out your skin’s natural perfumes. This scent could easily fall into the sensual, timeless, and luxurious categories. It is perfect for women who like to be show-stopping individuals.

If you don’t like to be stopped on the streets by people who are intrigued by how good you smell, then this fragrance would probably not be your best bet, as its powerful notes will have everybody wanting to be closer to you. This masterful scent has lush black Italian fig, Persian lemon, vintage patchouli, decadent black truffle, and rich cedarwood. The base itself is built with caramel, vanilla, Haitian vetiver, vieux, patchouli, black truffle, fig, balsam, amber, Shoveido incense, and supple leather notes. The top layer is made of rich ingredients, such as chamomile, coriander, Thai basil, cardamom, cinnamon bark, cistus, and Persian lemon. The middle notes of this fragrance contain Sandalwood, Cedarwood Atlas, Brogiotto black fig, black plum, Parma violet, saffron, and thyme. All of these ingredients made this perfume an exquisite scent for any man who likes to captivate.

A private blending of intriguing notes brings a raw yet reserved sensuality to this scent. Notes such as saffron, thyme, night-blooming jasmine, black suede, leather, amber wood, and raspberry add an intricate richness to it. This sensual and sophisticated fragrance was inspired by Tom Ford’s love of fine leather. ‘Private Blend is in my own scent laboratory; it’s where I have the ability to create very special, original fragrances that are unconstrained by the conventions of mainstream scent-making. Private Blend is designed with the true fragrance connoisseur in mind.’ — Tom Ford

This is an Oriental scent that will make you feel timeless. It opens with notes of black truffle, a burst of floralcy, black rose, and woven saffron. Underneath the scent, you’ll smell notes of patchouli, vanilla, tree moss, and wood. It is definitely a perfume for those men who want a sensual scent experience.

Each note in this fragrance is completely developed to stimulate, delight, challenge or enchant. The honey colored scent in it is infused with pure amber and joined by African license, rich woods, labdanum, and a touch of vanilla bean. With this fragrance, Tom Ford opens a door into the incredible environment of artisanal scent. Even the bottle itself is a piece of art, as the bottle was inspired by the dark brown glass that is used in apothecary bottles, which are usually only found in a perfumer’s atelier or studio. It has a sleek architectural look that reminds me of a chess piece.

On many reputable online sites where customer often rates their most recent purchases, countless individuals are saying that this fragrance is one of the best scents out there for men on the market. It has extremely soft tones that will not overshadow your presence. The bottle itself looks like an exquisite chess piece. If you are the kind of person who likes to be remembered for your soft scent, this is your best bet, as it will meet all of your expectations and more.

This fragrance is a modern take on an old men’s club. It’s smooth Oriental Tobacco Vanille opens immediately with opulent notes of aromatic spice and tobacco leaf. The center easily unfolds with the notes of tobacco flowers, vanilla, creamy tonka beans, and cocoa. The scent finishes with a dry fruit note that is enriched with the aroma of sweet wood sap.

The great thing about this fragrance is that anybody can use it, so you can share it with your boyfriend/girlfriend. This scent was created especially for the Tom Ford store that is located in Milan, Italy. It is a fashionable scent that has a perfect blend of tradition but also of innovation. The aromatic chypre contains notes of mandarin, bergamot, spearmint, clove, geranium, basil, cypress, patchouli, rockrose, and moss.

This is an oriental and sensual fragrance that is able to capture the dual facets of the Tom Ford men: an urban, refined, and sophisticated man who the globe gets to see and the sensuous and intriguingly private man they don’t. The notes that it contains are Violet Flower, Verbena, Bergamot Oil, Baie Rose, Caraway Oil, Geranium Oil, Bulgarian Rose, Styrax Oil, Tuscan Iris Resinoid, Black Pepper Oil, Clary Sage, Nutmeg, Patchouli, Leather, Vanilla, Benzoin, Opoponax, Amber Civet, and of course Vetiver, which is an ingredient Tom Ford usually uses in his fragrances.

This concludes our list and we hope you found a best Tom Ford cologne that you want to purchase. Happy shopping!

I like Tom Ford Men Perfume but sorry to say there is no outlet in India. Pl let me know which men perfume contains Ambergris

I love tom ford Oud Wood cologne. I have been using it for the past few years.