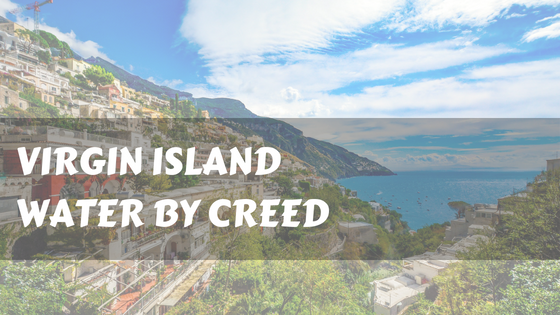 The House of Creed has been producing Creed Cologne for seven generations, but it was a sailing holiday near Ginger Island that inspired Oliver Creed and his son Edwin to bring out their newest fragrance. They wanted to celebrate the exotic scents they experienced on the trip which was carried by the trade winds in Sir Francis Drake Channel, so when they got home they set to work on their Creed Virgin Island Water Cologne.

They formed a base by mixing sugar cane, musk, and white rum and then created a citrus cocktail made of white bergamot, Jamaican Lime, and Sicilian Mandarin. They then blended all the ingredients together to add to this base. The final stage was to mix the white inner flesh of a coconut with Indian Jasmine, the essential calming oil Ylang-Ylang, and cold spicy ginger. And this is how this iconic scent was created.

Creed had previously produced cologne for men and cologne for women but Virgin Island Water by Creed, which they launched in 2007, was the first genuine unisex cologne that was suited for both men and women and had a light tropical fragrance. The scent of rum blended with coconut and lime.

Because of the alcohol content of this cologne, it is better suited to 20-somethings than teenagers and is ideal for people who like to be transported to long sandy beaches, tropical palm trees, turquoise seas and endless blue skies. When you wear this cologne that is what it will remind you of.

This cologne is expensive but that is because it is totally unique. It is easy to spot because of its beautiful plain glass bottle with the famous Creed logo on the front and its sapphire bluegrass stopper. Another thing to mention about this cologne is that is can be purchased in small sizes or in large ones.

The Successful Scent of Silver Mountain Water
Green Irish Tweed By Creed: A Cologne that is Adored by Women
Creed Aventus: A Magical Blend Male Scent By The House of Creed
Millesime Imperial: A Show-Stopping Cologne From The House Of Creed