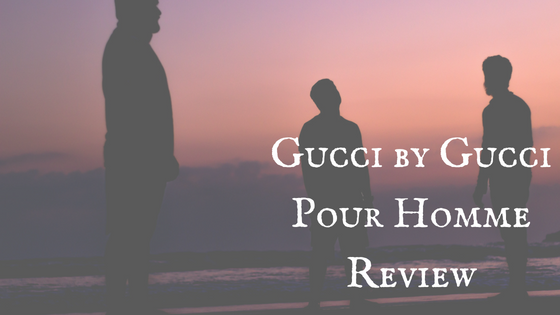 The Essence Of Gucci By Gucci Pour Homme

In 1920, Guccio Gucci established the eponymous brand name in Florence, Italy. The brand specialized mostly in leather goods, but its surge in popularity meant branching out, and in 1974 the Gucci brand released its first signature fragrance—Gucci no. 1. It has been forty years since its debut, but over the course of that time, the success of Gucci’s fragrances has been evident. In 2008, just over thirty years since Gucci brand first hit the market with Gucci no. 1, it was announced that another Gucci moniker fragrance would be hitting department store shelves. This time, the fragrance was referred to simply as Gucci.

Gucci by Gucci Pour Homme, an eau de toilette for men, is strong like the men intended to wear it. The musk of masculinity and power is not overwhelming but is unmistakable. It has a floral and spicy aroma, yet its scent remains dominant.

The bottle is transparent and smoky, topped with a crown of silver and the famous horse-bit symbol of the Gucci brand. Like the face of the fragrance, James Franco, the bottle is classy and refined. A clean-shaven, sharp-cut Franco heads the way for Gucci by Gucci Pour Homme, dressed all in black. Delicate, and yet bold. Restrained, and yet daring. Known for his roles as an actor, a writer, and a director in Hollywood, James Franco’s is the image of Gucci by Gucci manifested—a man with inspiration and enthusiasm, intrigued and cultivated.

Gucci by Gucci Pour Homme is versatile. Upon opening, the aroma of lush bergamot and sweet violet and just a hint of cypress arise, piquing the attention as the man passes. Underneath, a warm heart of tobacco leaves and the floral scent of jasmine.At the base a rich, woodsy musk, patchouli, and amber, a distinguishable incense, and the sensual aroma of a leather accord.

This Gucci cologne was designed with the talk, dark and handsome in mind—a man of infinite intrigue and confidence. It is bold, made for a man that is intense and stubborn. It is sexy, and smoky wrested from a polished veneer of distinctive complexity and sophistication. Fashioned for a man unafraid, Gucci by Gucci Pour Homme is as alluring as it is striking.

The signature Gucci cologne, Gucci by Gucci Pour Homme was designed for men. Not just any man—a man with a purpose, with passion, with goals and direction. It takes a special kind of man to carry the fragrance of Gucci by Gucci Pour Homme. These men, they are rough but unshaken, undeterred to say the least. They have a path to follow, a path that they themselves have made. They influence the people and the world around them, invigorating it, electrifying it. No matter the age of the man, whether young or wizened, it is what is at the man’s core that drives him, that wakes him every morning, that fuels him. Gucci by Gucci Pour Homme is for just such a man—for a man that wants everybody else to know what he is all about even before they’ve set their eyes upon him.

Gucci by Gucci Pour Homme has unfortunately received largely mixed reviews. While many critics complain of the Gucci cologne’s overwhelming aroma, others applaud it for its rich earthy undertones. It has a tendency to be too much if not carefully applied, and as such many critics have described their experiences with a splash versus a spray bottle to be much more pleasant smelling.

Gucci by Gucci Pour Homme cologne can be purchased through online merchants such as Overstock, Amazon, Fragrance Net, and The Perfume Spot. It can also be purchased and sampled in person at department stores such as Macy’s, Nordstrom, and Dillard’s and is sold in stores like Target, Walgreens, and Sephora. It comes in two sizes: a 3-ounce bottle and a 1.7-ounce bottle. It is a light eau de toilette spray that can be worn throughout the day or evening, in any weather.