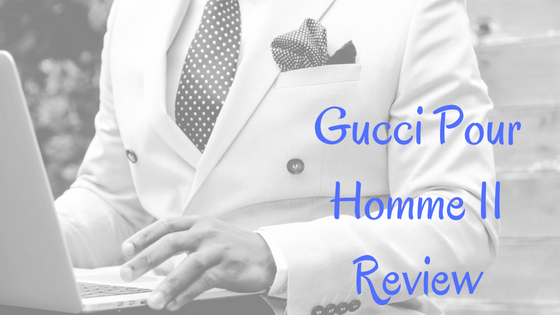 The Essence Of Gucci Pour Homme II: The Wolf In Sheep’s Clothing

Launched in 2007, Gucci Pour Homme II by Gucci is the successor to the now discontinued eau de toilette Gucci Pour Homme. Gucci Pour Homme II was developed by perfumer Karine Dubreuil, who has worked for companies such as Mane and Drom until her nomination as an in-house perfumer at L’Occitane in 2013. Despite its creamy blue tint, this men’s cologne features a refreshing and yet spiced fragrance meant to attract and entrance. Like its predecessor, Gucci Pour Homme II maintains a sleek, elegant design. A composition of sweet and citrusy bergamot, spicy cinnamon, and bold white musk give Gucci Pour Homme II classy and stimulating aroma. Upon opening, the sensual scent of the violet leaf and bergamot notes is immediate. Soon, the smell of bergamot and violet notes make way for the zest of warm cinnamon and sweet red pepper pimiento. Finally, after the fragrance has settled, a refreshing hint of tobacco leaves, white musk, and black tea notes offer a cool and soothing sensation.

Gucci Pour Homme II is a signature Gucci cologne artfully crafted for the young, carnal masculinity residing in all men. Whether this primal soul lies dormant, in need of reawakening, or simply begs being loosed, Gucci Pour Homme II amplifies the desire and dresses it up with a touch of modern-day refinement. A wolf in sheep’s clothing, the alluring deep-wooded fragrance of Gucci Pour Homme II is for men that do not lack confidence in themselves. It is for men with charisma, with moxie – for men on the power play. Like the man that it follows, Gucci Pour Homme II is as adventurous as it is polished.This Gucci fragrance is ideal for young men and older gentlemen alike looking to leave a lasting impression.

Overall, Gucci Pour Homme II by Gucci is lauded for its clean, fresh, and sexy smell. It has a smooth, discrete projection that is not overpowering when applied to the neck and chest gingerly; and though it has been criticized for its fleeting longevity (between five and seven hours), it is ideal for wear to work or a night out. Though it has garnered some interest due to its expert blend of ingredients and striking essence, it is not an aquatic or a sports cologne. It has also been criticized for having too meek a projection. 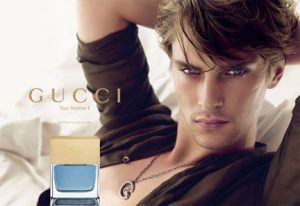 Other scents similar to Gucci Pour Homme II include Irreversible by Jeanne Arthes, Tea for Two by L’Artisan Parfumeur, and Duel by Annick Goutal. Like Gucci Pour Homme II, Irreversible features a bergamot top note, but its base is blended with a rich amber and sophisticated leather. The aromatic spice of Tea for Two, also with a bergamot top note, mix star anise and tea leaves. Like Gucci Pour Homme II, there is a cinnamon gusto mingled with ginger; and at its base vanilla, tobacco, and leather. Lastly, Annick Goutal’s Duel is a light fragrance, gently composed with an underlying boldness. It also features a fresh woodsy aroma with base notes of musk, leather, and tobacco. Those men frequenting any of the aforementioned fragrances may just find they enjoy the appeal of Gucci’s Gucci Pour Homme II.

Gucci Pour Homme II can be purchased online at merchants such as Overstock, Amazon, Fragrance Net, and The Perfume Spot. It can also be purchased and sampled in person at department stores such as Macy’s, Nordstrom, and Dillard’s and from stores like Target, Walgreens, and Sephora. It comes in two sizes: a 1.7-ounce bottle or a 3.3-ounce bottle. It is a light eau de toilette spray that can be worn throughout the day or evening, in any weather.