A Walk Over the Pumpkin Patch: How Pumpkin Jack the Game Came About – Xbox Wire

A long time ago I was looking for a game to play. Something colorful offering a great single-player experience. After a long time of searching I couldn’t find what I was looking for. 3D combat platformers were my favorite genre during my childhood days, but unfortunately this kind of genre was pretty scarce on PC.

At some point I had a crazy idea: Why not create my own game? I was young and I had no idea how easy or hard this would be. Everything started with a simple search on the internet: “How to make games?”. Sounds a bit cliché? Yeah, you may be right, but that’s how the endlessly long learning process began.

The first idea was to make a scarecrow controlling other crows. True, it’s a stereotype. But hey, that’s where everything began. I learned the creation of 3D models, tinkered my first scarecrow, taught myself how to animate it and integrated everything into the Unreal Engine. After I had learned that too, of course. All in all, this took me one week! The following steps: I created more animations to let the scarecrow attack and made some monsters to have enemies to fight against.

After working on this for some months, I canceled the project again. It was not good enough. I started all over again with my newly learned skills, and it worked way better. But I canceled it again, remade it, canceled it again, and again, and again… I restarted the project six times until I was happy with Curse of The Scarecrow (at this point the game was not called Pumpkin Jack). I set high standards for my own work, so it was hard to be satisfied with my work. Two long years later, I released a demo on Itch.io. I had not expected much from it, but it was freaking successful! It was then that I thought for the first time that this demo could be the basis for a successful game. There was a lot of feedback from YouTubers, streamers and even publishers – and everyone was interested in my game. I could not really believe it at the time.

Back then I put everything on one card and decided to quit my job to work full time on Curse of The Scarecrow. People seemed to like my game, and so I wanted to spend more time on it. And to give the players out there the best possible gaming experience, I re-started the development once again. That was the moment when Curse of The Scarecrow died and Pumpkin Jack was born. I won over a publisher for Pumpkin Jack and from this point on I worked with the guys from the Germany-based publisher Headup who helped me out and made this game possible. So, the moral of this story: You yourself are responsible for making your dreams come true. 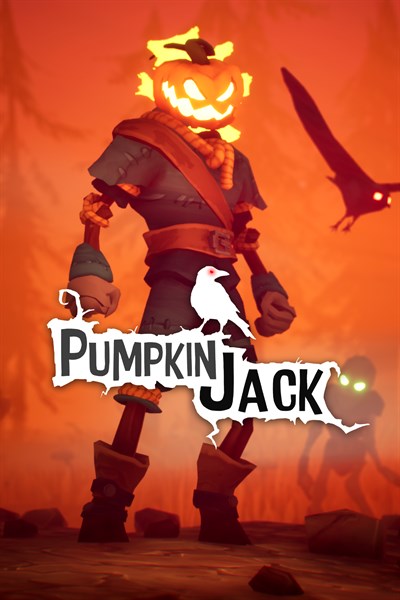 Pumpkin Jack is a Spooky Scary 3D platformer in which you embody Jack, the Mythical Pumpkin Lord! Dive into an Epic Adventure through otherworldly landscapes and help the Evil annihilate the Good!

Dive into an Epic Adventure and help the Evil annihilate the Good!

Follow the will of the Devil himself and slay your nemesis in an epic quest that will take you on a journey in the Boredom Kingdom, a mythical realm shattered by the Curse. You will meet friends along the way, from a haughty Owl to a snarky Crow!

Discover Stunning atmospheres in a Colorful yet Spooky Scary Kingdom

Travel through epic and dramatic settings, with each level having its own eerie atmosphere. Using a vibrant palette and high quality lighting effects, Pumpkin Jack invents its own unique cartoon universe inspired by the classic PS2 graphic style.

Jump, Run & Climb to carve your own way in Unique Levels

Pumpkin Jack is a classic 3D Platformer before anything else! Every level will challenge you through several themed platforms, all giving you new trials to complete.

You will have to master the arts of dodging, timing and movement to vanquish Jack’s foes. During the dynamic real time battles, choose which weapon you want to use and strike at the critical moment!

Solve puzzles that focus on physics, gravity and reflection. Inhabit a pumpkin head and burn books, hammer some moles, create a path for magic spheres… But also more! In each level, you will be faced with an action sequence using a new exclusive gameplay!