Bless Unleashed is launching its fourth major free update today with The Spear of Salvation! This update continues the main story, adding tons of new quests. In addition, lots of new features have just dropped, including new class experience levels, a brand new dungeon, and more!

This latest update, The Spear of Salvation introduces a new chapter to the continuing story of Bless Unleashed. Players will step foot into a new zone, Ivory Dunes, home of the Desert Elves! In this new zone, players uncover yet another plot by the evil, world-domination-bent organization, the Faceless, discover the secret of the Spear of Salvation, and hopefully, save Lumios from another dangerous gambit for control of the world.

Since Bless Unleashed‘s first beta, one of the most frequent requests we’ve received from the community is to add fishing to the game. This update brings fishing to Bless Unleashed and we’re super excited about it! Players can unlock the fishing system and their first set of fishing gear by completing the quest, Learning to Fish from a Shabiki fisherman in Carzacor Harbor. From there, players will be able to fish at a variety of fishing locations across the world, discovering different types of fish in different regions! Caught fish can be sold for gold, or broken down at Soul Pyres to gather components used in various crafting recipes. Rarer fish will break down into more valuable components!

This isn’t the only change to crafting this update however. Players will also be able to unlock new adept and artisan crafting levels allowing them to further specialize their crafting skills, and unlock powerful new gear and consumables they can make to increase their combat capabilities!

Unlocked around character level 25, class levels will allow players to unlock new passive abilities to help customize their class to their playstyle further. Players will need to complete a challenging new quest called, The Hidden Master to unlock these powers. Once completed however, players will be able to use excess skill experience to purchase an item from a new shop which can unlock powerful passive abilities for their class

We’re introducing a number of new dungeons in this update as well. Players can challenge themselves against dangerous foes in a brand new Arena Challenge, a new Lair, and one new five man Dungeon! Whether you challenge the demons who have taken up residence in the Nightspire in the new Entropic Descent Dungeon, the massive plague demon (a personal favorite) in the Forgotten Sewers, or prefer to challenge the Dune Tyrant in the new Arena Challenge, you’re going to need some more powerful gear.

In this update, we’re rolling out the first part of our new elemental damage system, and introducing weapons which deal elemental damage in addition to their normal damage. These powerful new weapons will aid players on their path to overcome the greatest of challenges in Bless Unleashed! We’ll also be implementing elemental armors and enemies with elemental strengths and weaknesses in a later update. Players will want to stock up on these new weapons to prepare for these new challenges and changes coming in future updates so they can be prepared for the dangers ahead! 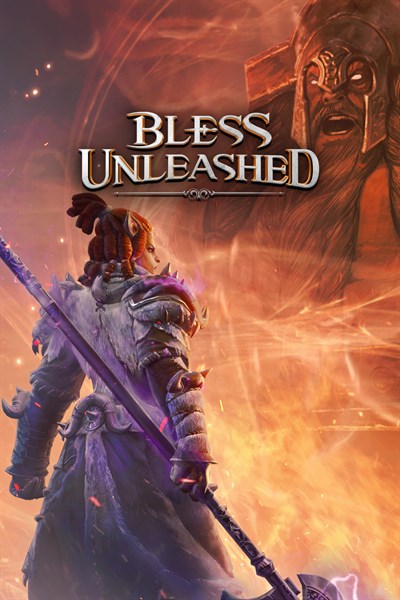 Bless Unleashed is the premier next-generation action MMORPG, coming first to Xbox One. Journey across a vibrant persistent world to take on — and survive — vicious, lethal monsters that inhabit this untamed landscape. Choose between one of five classic classes, each with its own combo-driven combat experience, handcrafted for online play. Gather your party to explore and survive a richly detailed world of dangerous beasts and divine secrets.

KEY FEATURES:
• Stunning, Expansive – Explore a richly detailed open world, built in Unreal Engine 4. Party up with friends to explore, discover, and battle massive monsters.
• Combo Driven Combat – Customize your own combos for an even more rewarding combat experience, where proper positioning can be the difference between success or death.
• Pretty Dangerous – Defend yourself from massive dragons, giants, and other fantastical creatures even as danger from other players is always a threat.

FEATURES:
• Mature Minded – Bless Unleashed is a violent world with a rich, complicated backstory and an intricate plot.
• Friend & Foe – The open persistent world challenges players to survive a menagerie of mythical beasts… and each other. Integrated PVP provides danger at every turn.
• Classic Fantasy With a Twist – Choose between five classic fantasy classes like the arcane wielding Mage or the bloodthirsty Berserker in a world full of magic. Travel the world in search of the truth about the gods with your companions for your own brush with divinity.