Bombs. Asteroids. Mummies. These aren’t things you’d normally expect to find on a soccer pitch, but in Cinder Studio’s smash-hit Roblox game Super Striker League, nothing’s out of the question.

Super Striker League takes everything you know and love about the sport of soccer and marries it with an eclectic variety of zany arenas and fast-paced, arcade-style gameplay. Struggling to take back the ball from the opposing team? No problem. Send them flying with a giant boulder — or even better, three boulders! Nothing beats the feeling of knocking out the entire team right when they’re about to score a game-winning goal. When super abilities and randomized power-ups are in play, all bets are off. This is soccer amped up to the extreme.

In addition to some of the game-changing items you can pick up during each round, you can also customize your character’s equipment to augment their power, speed, and defense stats. The gear you choose can give you a slight edge in battle, adding depth and strategy into the mix. There’s even a slew of dekes and tackles you can purchase with the money you earn after each match to further supercharge your abilities. The more you play, the more you unlock!

Even with all of these options, sometimes all it takes to win is to just be a good team player. Super Striker League developer Cindering offered up some tips for Xbox fans new to the game: “Always remember to pass the ball if you’ve got an open teammate. If you’ve got a scoring opportunity, charge up your shot and try to aim for the corner of the net to easily get it past the goalie. And remember to grab power-ups around the field and use them to your advantage!”

Since its release in the summer of 2019, Super Striker League has amassed millions of fans from all over the world. It even won the coveted Builderman Award of Excellence during the 7th Annual Bloxys, recognizing the game for breaking the sports genre mold on Roblox. “I want to give a huge thank you to everyone who’s been playing Super Striker League over the past year,” said Cindering. “Seeing you all enjoying the game is what motivates me to make it better and better, and I’m super excited to show everyone what I’ve got planned for the game in the future!”

We can’t wait to see what’s next! Lace up your cleats and experience the action-packed soccer insanity with your friends in Super Striker League on Roblox for Xbox One! 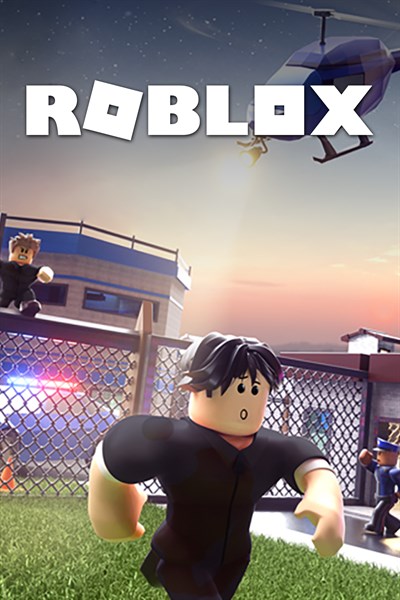 Roblox is the ultimate virtual universe that lets you play, create, and be anything you can imagine. Join millions of players and discover an infinite variety of immersive worlds created by a global community!

MILLIONS OF WORLDS TO EXPLORE

In the mood for an epic role-playing adventure? Want to compete against rivals worldwide? Or do you just want to hang out and chat with your friends online? A growing library of worlds created by the community means there’s always something new and exciting for you to play every day.

Roblox features full cross-platform support, meaning you can play with your friends and millions of other people on their computers, mobile devices, Xbox One, or VR headsets.

BE ANYTHING YOU CAN IMAGINE

Be creative and show off your unique style! Customize your avatar with tons of hats, shirts, faces, gear, and more. The Xbox One version of Roblox also includes exclusive avatar outfits.

Connect with your friends online by chatting with them via Xbox Live’s integrated voice chat or party chat. An active Xbox Live Gold subscription is required.

PLEASE NOTE: Xbox Live Gold and an internet connection of 192 Kbps or higher required to play.

THE ROBLOX GAME RATING APPLIES ONLY TO THE ROBLOX APP, NOT TO ANY USER GENERATED CONTENT INCLUDED WITHIN THE APP, WHICH IS UNRATED.