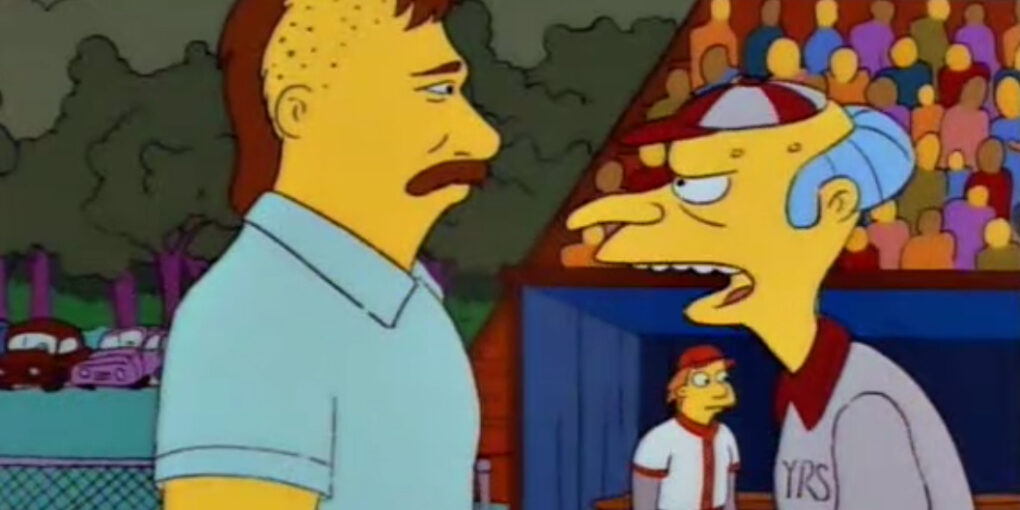 Did The Simpsons Predict The Worst Men’s Haircut Of 2021?

The Spicy Cough’s lockdowns and social distancing measures have meant that for most of us men, trips to the barber have become less and less frequent. So if we’re talking about the standout men’s grooming trends of 2021, the biggest one has been… A lack of grooming, really.

Not that 2021 has been completely devoid of grooming trends, though. COVID has seen buzz cuts make a comeback, as well as the rise of the ‘lockdown beard‘. When it comes to men’s haircuts, longer hair on men has become more socially acceptable, too.

But there’s one haircut that’s defied both a global pandemic and good taste more broadly in 2021: the skullet. A version of the mullet, but with the top either fully shaved or extra short, the skullet has become huge, especially in Australia (where you might know it better as ‘the Dusty’, after the Richmond player).

If you told someone. at the start of the year that the meaty heinousness that is theskullet would become the must-have haircut of 2021, they’d probably think you were mad. But actually, this haircut has been on the cards for yonks. Like most cultural touchstones, The Simpsons actually predicted this cut years ago. As if 2021 couldn’t get any weirder…

AFL 2021 Draft – A plethora of skullet and mullet haircuts. This is our future, Australia.

“Homer At The Bat”, a classic episode from the third season of the long-running cartoon sitcom – which sees Mr Burns create a team of professional baseball players to win a bet – was filled with celebrity cameos from real-life pro baseball players, including Don Mattingly, the New York Yankees’ first baseman from 1982 to 1995.

There’s a joke where Burns repeatedly demands that Mattingly (who famously rocked a filthy mullet in real life) trim his sideburns, even though Mattingly has no sideburns – prompting a confused Mattingly to shave his hair into the prototypical skullet. Considering this episode aired in 1992, this is exceedingly prescient.

RELATED: The ‘Slim Shady’ Cut Just Got A Modern Update. Try It At Your Own Risk

What’s even spookier is how The Simpsons actually predicted Mattingly encountering this exact problem IRL: in 1991, before the episode aired but after it was produced, Mattingly was actually benched for refusing to cut his mullet off, as then-Yankees owner George Steinbrenner had a strict policy requiring his players to maintain well-kept head and facial hair.

Forget predicting a Trump presidency: there must have been something in the water in The Simpsons‘ writing room…