I, An English Backpacker, Am On A Mission To Make This Australia’s Most Popular Haircut

Keeping up with hairstyle trends can be trickier than keeping up with the Kardashians. What looks good one week could recieve unfavourable looks the next, simply due to it being styled the wrong way. Medium to longer-length men’s styles – including the ubiquitous man bun – are slowly fading away from the mainstream (mullets excepted) and short hairstyles are coming back with a vengeance.

Short hairstyles can include anything from fade haircuts to crew cuts to buzz cuts and a complete extended list too long for this page. Short haircuts for men also change from country to country, with the stereotype being Europeans prefer slick hairstyles with enough styling product to warrant a ‘flammable’ cautionary sticker, Americans, for their part, favour the ‘bed head, can’t be bothered’ look, and guys in Australia aim to use their hair to help further accentuate their attractiveness and cover up their lack of personality.

There is one haircut that we have yet to see in full force here in Australia, and we’re calling it the ‘roadman’, in homage to British youth who can be seen wearing Nike Air Max 97s, puffer jackets from specialist outerwear brands, and small sling bags from the likes of Adidas or Lacoste to store ‘essentials’.

Spotted by a DMARGE correspondent in an Australian YouTube video advert (see above), the ‘roadman’ is a haircut that looks decidedly English and not too dissimilar to the barnet endorsed by Manchester City youngster Phil Foden (pictured top). We’re not insinuating Phil is an eshay, but he just so happens to find himself with a similar hairstyle.

Appearing to combine elements of the French crop, buzz cut and elements of the Caesar cut (championed by the likes of Post Malone) into one divisive style, the ‘roadman’ isn’t one we can see being adopted by Australia’s surfing contingent anytime soon. But, perhaps they just need to see it in the flesh to change their mind.

So, being the only British member of team DMARGE, I was forced offered to get my haircut to similar proportions, in the hope I can eventually convince more Australians to give it a try. 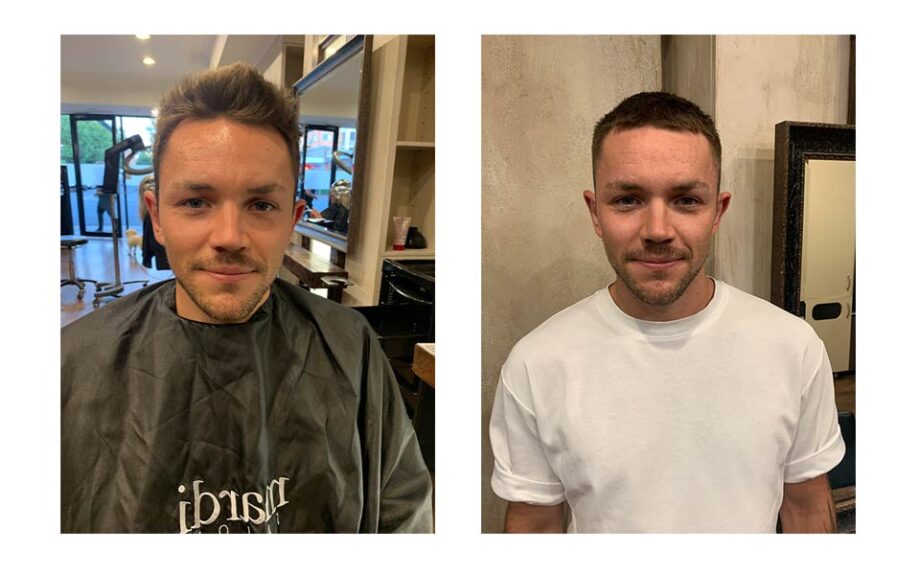 Heading to my local hair salon – Mardi – I entrusted my brand new look to Carly Flint (who has previously bleached my hair, so is well aware of how bad I could potentially look). I wanted a higher fade than what I’m accustomed to, and so Carly began with a number one over the ears and worked her way up to a 2.5, before blending it with the hair on top. With that taken care of, a good inch or so was chopped off of the top, before being given some texture with some thinning scissors. 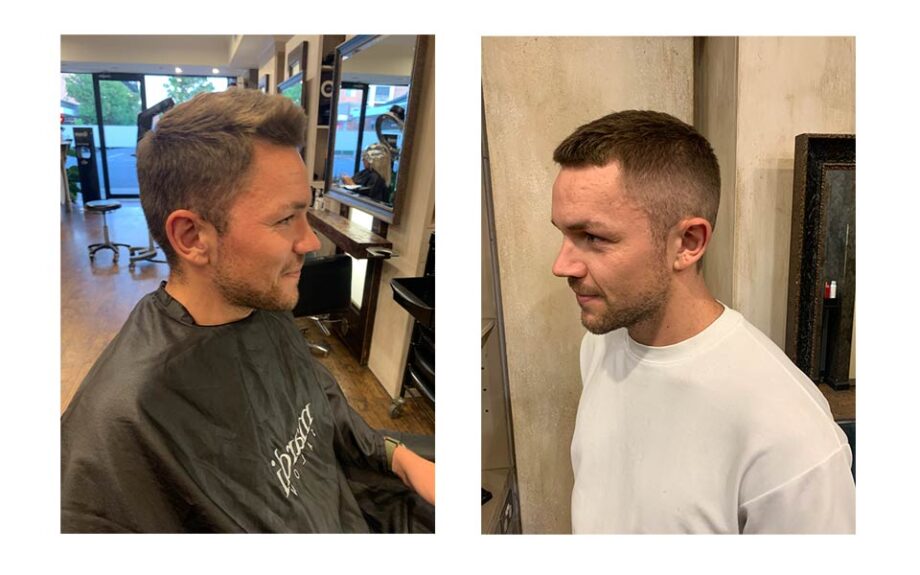 I’ve always been someone who has preferred short hairstyles anyway, so going even shorter than what I’m used to – a number two mid-fade with scissors on top – wasn’t too daunting. What I didn’t expect, was just how English I looked once the cape was removed. You would immediately be able to tell where I’m from if you were to speak to me thanks to my accent, but now it’s obvious from a mile away.

Regardless, I think the results speak for themselves: this is a successful haircut (especially compared to my colleague James, who once fancied himself a Chris Hemsworth wannabe, and Jamie, who tried to channel his inner Tyler Durden when adopting Brad Pitt’s Fight Club haircut).

To further gauge whether this could be a haircut Australia could benefit from, I reached out to a couple of Sydney’s top barbers to find out what they think of it as a cut and if they had yet to give it to anybody Down Under.

Christopher Hunter, director at Willomina in Woollahra said he “loves these cuts.”

“I haven’t given this to anyone recently as we are currently doing lots of mullets. I think the man bun is on the out, to be honest.”

“But it’s always the way, haircuts start over in the UK and I’ve got no doubt we will be doing them sometime soon.”

Perhaps I could be the poster boy…

“This has been quite a popular haircut for some years and seems to have peaks in popularity which I can wholly assume is due to it being worn by different celebrities.”

“The sharp fade and the blunt fringe are directly inspired by the Afro Caribbean barbers who are experts in clipper cuts. First seen as a 3 or 4 grade on top with a skin fade on the sides, this cut has evolved into a version representative of the area where it has been cut.”

“It continues to be popular for its low maintenance in styling, but haircuts becoming more frequent will ensure its crispness. This cut is seen in all major UK and Irish cities due to its popularity and connection with youth culture, and being gender-neutral, it is super versatile.”

“Each subculture and area has its own version of this, but the current style emanates from the Manchester youth culture, seen on footballers such as [Phil] Foden and grime artist Aitch.”

“This style has won over some Austalians and we’ve seen quite a few in recent times, but it seems to be very much a UK & Irish haircut.”

If Australians really are as laidback and carefree as they come across to the rest of the world, they should love the ‘roadman’ haircut. I’m usually one for styling, but damn do I love the low maintenance factor.

Now, just need to brush up on my soccer skills.

Did you enjoy this story?

If so, subscribe to our daily newsletter to receive our top tending stories.