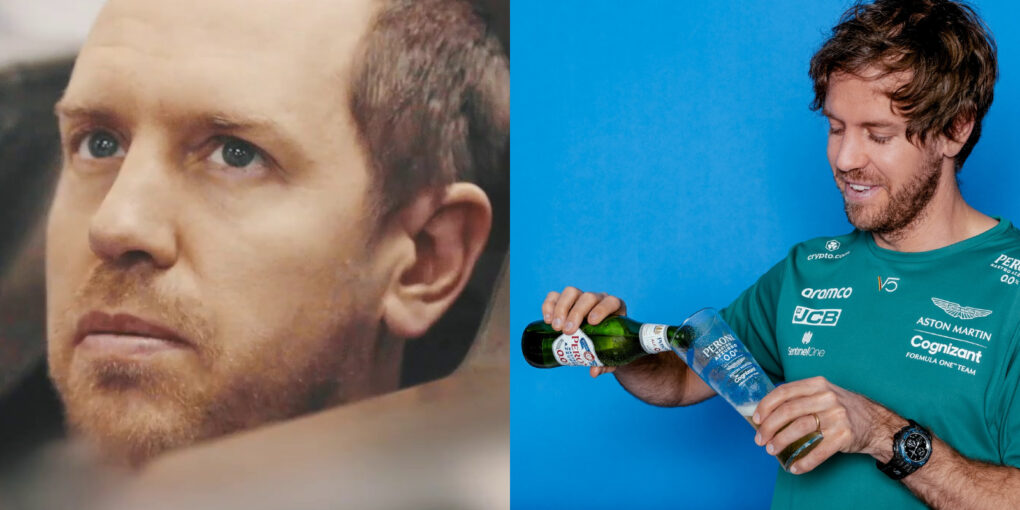 Sebastian Vettel’s Hair Transformation Is The Story Of The Year

The 2022 Formula One grid might be filled with talented young guns like George Russell, Lando Norris and Max Verstappen, but there’s one old dog who’s still more than capable of a few new tricks: Sebastian Vettel.

These days, the 34-year-old German might be one of the ‘elder statesmen’ of the sport alongside names like Fernando Alonso and Lewis Hamilton, but it’s easy to forget that Vettel was once the wunderkind of F1: a brash, young and exceptionally talented driver who scooped up an impressive four World Championships before the age of 26. To this day, Vettel remains the youngest Formula One World Champion, having clinched his first title in 2010 at the age of 23.

At the start of 2021, though, we were worried that Vettel might be getting on a bit. Photos from pre-season testing this time last year worryingly showed that Vettel had lost most of his hair, the driver’s forehead stretching well behind his ears and his pate looking embarrassingly thin. Comparisons to fellow World Champion Lewis Hamilton’s retreating hairline were immediately offered.

But now, just before the 2022 season kicks off, photos of Vettel have emerged with him sporting a full head of hair – indeed, almost as much hair as Seb rocked during his Justin Bieber haircut days back in 2010. Fans have been very receptive to the new look on social media, but what gives? What’s Vettel done to get his luscious locks back?

Hamilton in 2010 looking rather thin on top, and again in 2020 rocking an impressive afro. Images: Getty / @lewishamilton

Some have speculated that Vettel’s done what Hamilton did back in the day and invested in a good hair transplant. Lewis Hamilton’s hair transplant is already the stuff of legends: it’s been so successful that in recent years Lewis has been able to rock full afros and braid his hair in long locks. It’s truly impressive.

Others posit that Vettel hasn’t had a hair transplant, but that he’s just not as stressed at his new team, Aston Martin, as he was at Ferrari. Vettel left Red Bull, where he’d won his four World Championships, for Ferrari at the end of 2014. Despite coming second in the World Championship in 2017 and 2018, Vettel never quite achieved the same sort of success with Ferrari as he did with Red Bull.

Many insiders have said that Vettel’s time at Ferrari was extremely stressful for the German champ, which might have contributed to his severe hair loss. Since moving to Aston Martin – a much smaller outfit – Vettel has been noticeably more relaxed, despite (or maybe because) it’s not a championship-contending team. 12 months away from Ferrari has been all Vettel needed to get his locks back.

The only thing we don’t like about Vettel’s new look is that he seems to have become allergic to actually styling his hair. Brush your hair, brother.

The 2022 Formula One World Championship kicks off in just over a month’s time with the Bahrain Grand Prix on the 18–20th of March.