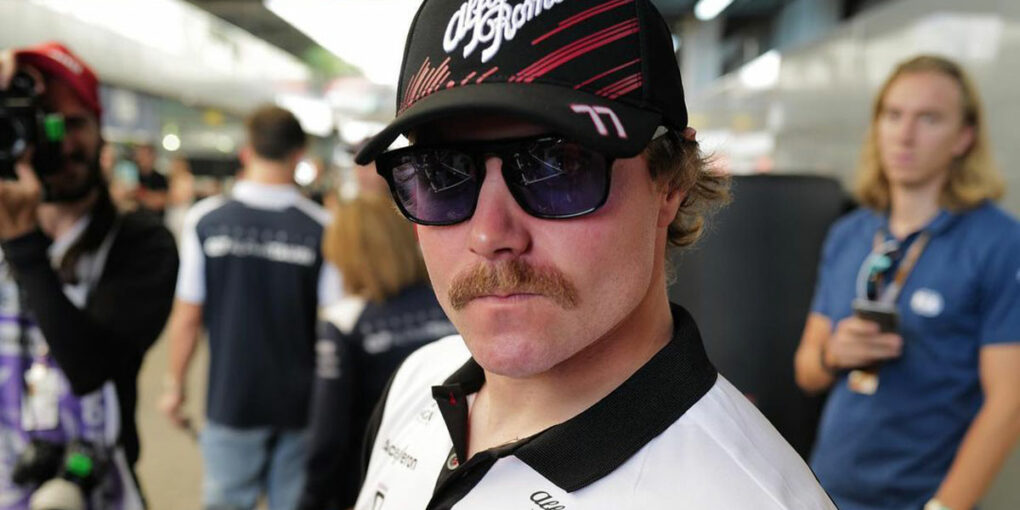 Valtteri Bottas, the Finnish Formula One driver currently racing for Alfa Romeo, has just won (in our view) Movember, debuting a moustache that Tom Selleck would be proud of ahead of the Brazilian Grand Prix.

The first sight we caught of Valtteri’s new look was on Daniel Ricciardo’s new side-project account, daniel3.jpg. The Australian Formula 1 driver only recently started the account, taking cues from his teammate Lando Norris. Daniel even says in the bio, “Thank lando.jpg for this one he’s such a trendsetter.”

In Daniel’s latest album, captioned “Fan boying,” the first image is of an unrecognisable Bottas. The only thing really giving away that it is indeed him, is the Alfa Romeo polo shirt and cap he’s wearing, and the fact Ricciardo has tagged him in the picture (although, Ricciardo has also tagged the likes of Brad Pitt and Johnny Depp in other images, when they’re just of his mates.

But, confirming it is indeed the former Mercedes driver, Valtteri himself took to his own Instagram to show off his new look – to be honest, we’d forgotten he’d even been rocking a beard for some time. We always see him a clean-faced, minimalistic Scandinavian – and asks us all “do you even Movember?”

The comments section of Bottas’ post has been going off with praise for the new look, with many comparing him to Formula 1 legend Nigel Mansell – “Valtteri Manell” – or everyone’s favourite Italian plumber, Mario, “Mario Bottas.”

Movember is a men’s health charity that, every November, asks men to grow a moustache in support of mental health issues. They say, “Since 2003, Movember has funded more than 1,250 men’s health projects around the world, challenging the status quo, shaking up men’s health research and transforming the way health services reach and support men.”

Clearly, Valtteri wanted to throw his full support behind the movement, as it’s not just the hair on his upper lip that he’s grown out. He also appears to be rocking a complete head of hair. Compare this to his driver profile picture on Formula1.com and we’re starting to wonder if he made a quick detour to Turkey before arriving in Brazil.

RELATED: Ultimate Guide To Hair Transplants For Men To Look Younger For Longer

Bottas will be taking to the track at the Autódromo José Carlos Pace in Brazil this coming weekend, November 11th – 13th (12th – 14th in Australia).