As a man, there are some types of hair that are considered more societally acceptable to shave than others. Shaving your face? No big deal. Shaving your head? Go for it. Shaving your, ahem, crown jewels? It’s more normal than you might think.

But then there are other parts of the body where depilation is considered rather taboo, at least by society at large. Swimmers and cyclists have long been the butt of jokes for their proclivity towards shaving their legs and arms, and any dude who decides to shave his armpits is considered a bit of a weirdo.

But there’s one incredibly niche grooming habit we’ve seen more and more men online: wrist shaving. It’s mostly something that watch fans do so that when they upload photos of their latest timepiece to social media, their arm hair doesn’t obscure or detract from the watch.

It’s not just an aesthetic consideration either, as arm/wrist hair can get caught in between the links of watch bracelets and become quite a painful experience, as this Rolex forums thread from 2013 discusses.

The problem with shaving your wrists? You get wrist stubble. And it can look pretty gnarly.

You can file this one under ‘photos you can feel’. Image: Reddit

It’s a debate that’s been raging for ages, with some watch fans defending the practice and others highly sceptical of anyone who advocates shaving their wrists.

Take this discussion on Watchuseek, rather relevantly titled PLEASE! No More Hairy, Ape Like Wrist Shots! The thread contains a diversity of opinions on the matter: while one Australian commenter bluntly says you definitely should “shave your arms before you take the wrist shot,” others hold quite the opposite view.

“I’ll take hairy arms over arm/wrist shots with ‘stubble’… Get back in the shower and do your manscaping. Personally, I can’t even imagine what that feels like growing back,” one muses, perfectly demonstrating the problem at hand (pun entirely intended). Another put it this way:

“Would you post such a complaint about underweight or overweight people and their arms? Get over your personal issues and enjoy the watches.” 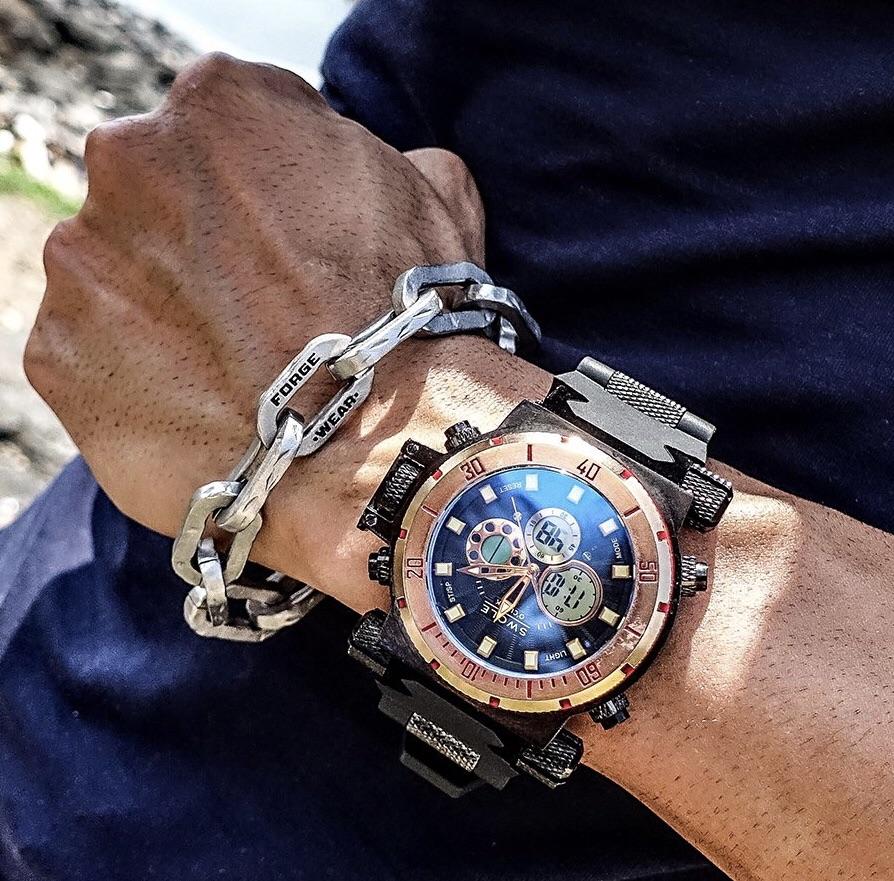 One American commenter hilariously quipped, “my wife makes fun of me because my arms aren’t hairy enough to be into watches.” Touché.

At the end of the day, people should be allowed to feel comfortable grooming themselves however they see fit – and conversely, shouldn’t be shamed for their natural body hair. All we’ll say is that if you’re going to shave your wrists, use an epilator or a bit of post-shave balm in order to reduce irritation. No-one wants to see a rashy wrist.

11 Key Grooming Trends For A Good-Looking Summer
13 Sunscreens That’ll Stop You Looking Like A Raisin
8 Brands Making A Vegan Grooming Routine Easier Than Ever
14 All-Time Classic Men’s Summer Fragrances
The ‘Miracle’ Skincare Routine Every Man Should Learn
How To Get Chris Evans’ Glorious Beard
The Best Shampoo For Every Hair Type
The Complete Acne Guide That Will Clear Your Skin
15 Exfoliators To Scrub Yourself Handsome
Concealer: The Secret Grooming Tool Every Man Needs
9 Autumn Fragrances That Will Make You Smell As Good As You Look
The Best Short Beard Styles For Every Face Shape
The Best Goatee Beard Styles To Try
How to Get Rid of Chest Acne Once and for All
How To Get Rid Of Ingrown Hairs: The Expert Guide
The Skincare Product That Makes The Biggest Difference To Your Appearance
These Must-Have Skincare Products Are Handsomely Discounted Right Now
15 Conditioners That Hold The Secret To Good Hair
The FashionBeans Grooming Awards 2021
9 Men’s Fragrances To Wear All Winter Long