Better hardware inside and some ergonomic improvements help make the Tranya T10 wireless earbuds some of the best we’ve tried. And the price makes them a serious contender for anyone shopping on a budget.

Truly wireless earbuds — headphones that have no cord to a device or one another — are nearly universal. AirPods ushered in the cordless revolution in 2016, and since then electronics brands have been vying for a piece of Apple’s pie. And it’s no wonder why: Truly wireless headphones pair better with physical activity than their corded counterparts.

To be sure, there’s no shortage of great wireless headphones out there (see our Best Workout Headphones roundup). But even we hadn’t heard of Tranya when the brand reached out last year, asking us to test out its Rimor earbuds. Pinning its products as a standout balance of performance and price, Tranya now claims it has the “new Holy Grail” of earbuds with its latest offering, the T10.

According to Tranya, a new 12mm graphene driver results in unprecedented sound quality — deeper base, elevated mids and treble, and a “more immersive experience.” We put it to the test to hear if the sound indeed improved on its Rimor predecessor, and also to see how it performs on runs, workouts, and for everyday tasks like taking calls and connecting to virtual meetings.

In short: For $80, the Tranya T10 packs a wallop when it comes to sound and functionality. A marked improvement on the Rimor, the T10 both sounds better and was easier to use in our tests.

The overall sound still doesn’t beat out the custom EQ we loved in the Jaybird Vista, but for the price, all but the most discriminating music-lovers will appreciate the value.

Right out of the box, we saw some thoughtful improvements Tranya made with the T10 earbuds. Where the Rimor offered up a near perfectly round profile, the T10 has a contoured surface with defined edges.

It might not seem like much, but when a device works off of touch control as the T10 does, a clearly defined touch surface — less evident on the Rimor — makes a big difference.

The charging case, meanwhile, is nearly identical to past iterations — round with magnetic slots to help secure both left and right earbuds. We also appreciate Tranya’s four-light charging level indicator on the case — a small touch that helps you know how much charge the case currently holds.

For reference, that’s 24 hours in the case and another 8 hours of juice in the fully charged earbuds. In total, that’s 32 hours of playtime when everything is fully charged. Tranya advertises the case itself takes just under 2 hours to fully charge from zero power, and we found that to be accurate. More importantly, though, the case can power up the earbuds with roughly an hour of playtime with a 10-minute charge.

The T10 also boasts a 33-foot Bluetooth range, which is more or less standard among earbuds we’ve tested. That’s about accurate, but with the caveat that any Bluetooth connection can vary based on obstructions and other factors. Finally, the T10 also carries an IPX7 waterproof rating. This proved sufficient to ward off light-to-moderate rain and sweat.

However, it’s worth noting that any moisture on the T10s may interfere with touch control. Similar to smartphone touchscreens, water droplets seem to confuse the device somewhat. However, this is easily remedied by wiping away excess moisture. 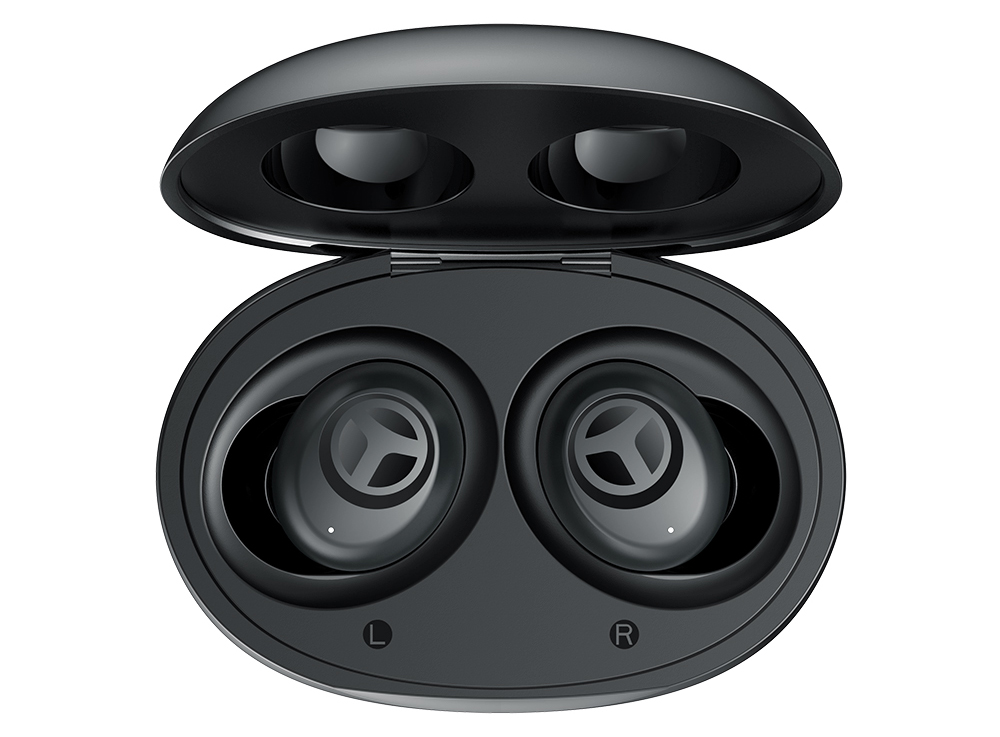 The biggest claim Tranya makes about the T10 earbuds is its “deep bass” and overall sound experience. Do the T10s have better sound quality than Tranya’s previous earbuds? No question. The bass is noticeably deeper and the overall sound is richer than the Rimor earbuds we tested last year.

But is it the best out there? No. Jaybird’s Vista earbuds still win out when it comes to pure sound experience. But Tranya appears to be closing the gap. At less than half the cost of the Jaybird option, the T10 is much closer in quality than price reflects.

What about input (mic) quality? That’s still a conundrum for most of the wireless earbuds we’ve tested. Apple’s AirPods still lead the way when it comes to audio quality when speaking into them.

On phone calls and Zoom meetings, others noted that ambient noises around me sounded amplified — even when it was quiet background music or a dog barking across the street. Others said those sounds came through more loudly than I heard them.

So while the T10 earbuds will work to make and receive calls, expect there to be some noise for the person on the other end.

Overall, the T10s worked great. But they’re not perfect. Tranya still doesn’t offer haptics: tactile feedback to assist in various touch controls. Haptics help the user know what they’re doing, like pressing a button; you know you pressed it because it physically moves.

But the T10, like the Rimor, doesn’t physically respond to user inputs. Instead, an audible tone or voice prompt signals what command you’ve given. 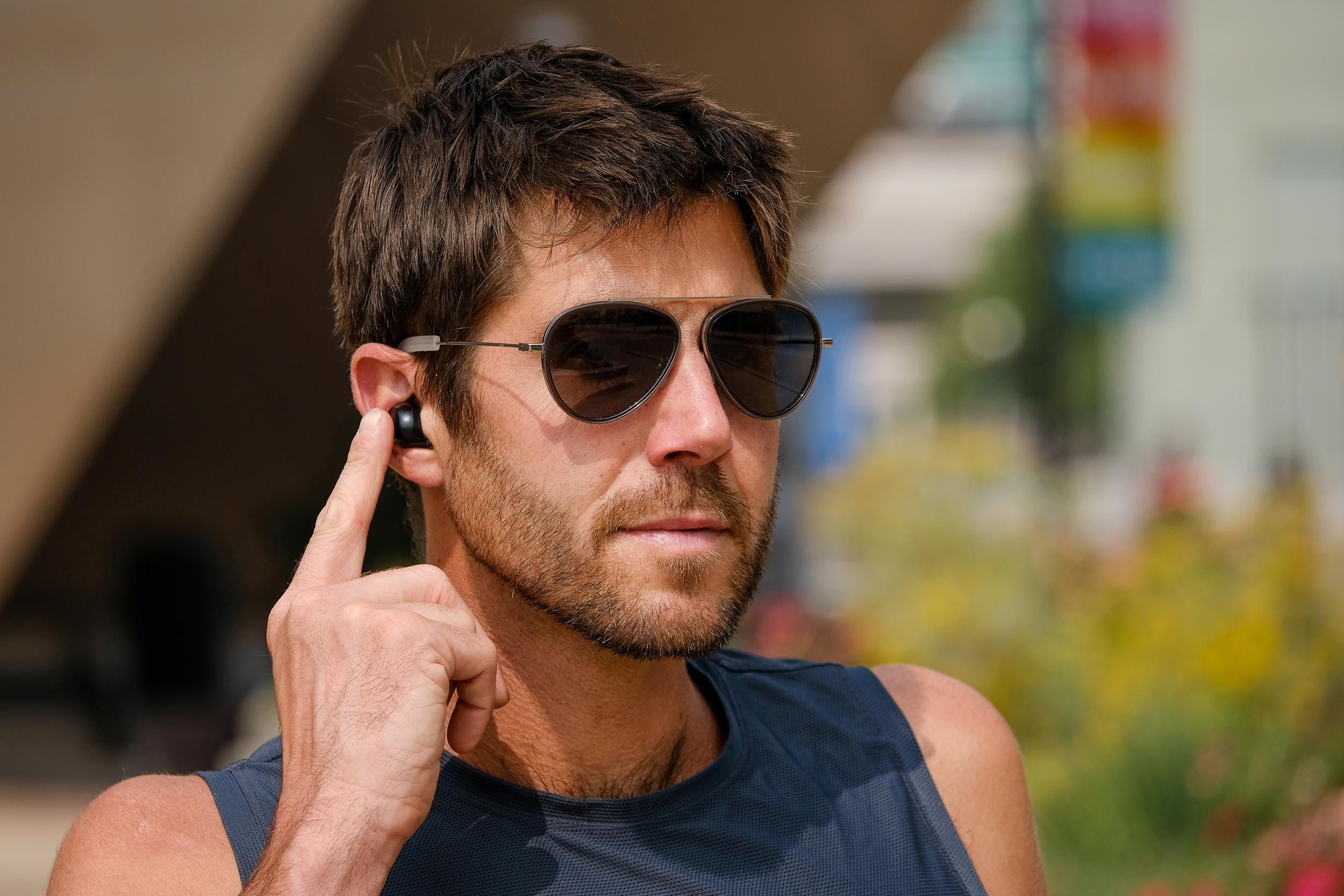 That’s all well and good, except sometimes, you don’t perfectly tap the correct spot on the earbud, and so it may only “receive” a double-tap when you were trying for a triple. Remember, you can’t see the earbuds when you’re wearing them, and it’s not as easy to tap the right spot as you might think. Overall, I’d say the tap functionality works nine times out of 10, so it’s a minor inconvenience at most.

As for reliability, the T10 works very well given the price. As with many Bluetooth devices, I experienced some sudden drops in connectivity, as well as a few instances where the T10 struggled to pair with my phone or computer. However, the vast majority of the time, the T10 auto-paired with the last known device I’d connected to. And it did so reliably.

I used the Tranya T10 earbuds on dozens of runs, bike rides, workouts, and walks around town. They fit great, didn’t jostle or fall out, blocked outside noise, and functioned properly and as expected most of the time. They repelled moisture and never felt uncomfortable — so they pass the hardware test.

As for sound, I really can’t complain. I’ve heard more ear-thumping bliss from professional, over-ear headphones, and I’ve also been more impressed by other wireless options (like the Jaybird Vista).

But as a total package, especially when you factor in price, the Tranya T10 really is an exceptional value. There’s enough bass to boost a workout and enough features (think touch controls and playtime) to keep most audiophiles happy.