Available today on Xbox One, The Deadlock Protocol is Warframe’s first traditional update of 2020. Unlike the space battle updates Empyrean and Operation Scarlet Spear, The Deadlock Protocol delves into Warframe’s earliest content. Working from home during this trying time, the Digital Extremes development team took on the bold task of re-thinking the game’s first Corpus levels from top to bottom.

Full of new and original backstory material revealing how the Corpus Faction came into being, remodeled with state-of-the-art graphics and levels incorporating nimble parkour action, and rich with a newly revamped boss fight and a new Warframe, The Deadlock Protocol is the kind of update players have been asking for.

The Deadlock Protocol, like Chains of Harrow and The Jovian Concord before it, integrates larger-scale story implications into the modern Warframe narrative. You must investigate the Corpus Faction’s desperate ploy to break their board’s political in-fighting. Through discovery, resource collection, and combat, you’ll learn how a small Corpus sub-faction has begun a devious plan to resurrect the faction’s founder, strengthen their armada, and bolster a growing space fleet to deploy against the Sentients and the Tenno. This revival poses an alarming new threat to the Origin System’s balance. Are you ready for a good fight, Tenno?

We’re hoping you are — because you’re going to get one! The 43rd Warframe, Protea, will hopefully light that spark to dive back into these reimagined environments. Play through a Quest to earn the new Warframe, Protea

The versatile Protea brings high-octane combat and advanced gadgets to the forefront. With weapons ranging from shrapnel grenades and sticky shield grenades to a powerful turret (where each successful hit increases its damage, causing projectiles to pierce enemies and hit multiple foes with a single shot), Protea offers a deadly mix of power, flexibility and fun.

When confronted by overwhelming odds, she has an even more powerful weapon at her fingertips — the Ability to rewind time! She can weave in and out of life-threatening fights by wielding the Temporal Anchor Ability. Imagine you’re blasting throngs of Corpus thugs, leaping off walls and delivering headshot after headshot, until you encounter a larger-than-normal army of Corpus thugs. Protea can drop a ‘time anchor’ to record the confrontation and begin the time-warping magic. Prepare for a tougher, multi-tiered confrontation with the Jackal

Working through a litany of her weapons to deal damage, she can then deactivate the Temporal Anchor at any time, rewind time back to the activation point, and restore all ammo, energy, shields, and health. As a kind of safety net, if she is downed while Temporal Anchor is active, she will automatically rewind to safety! Her three other Abilities, Grenade Fan, Blaze Artillery, and Dispensary, all provide a wide range of power and combative muscle to make her an excellent new part of your squad.

The new Granum Crowns bring a spendable currency that opens up a wild variety of gameplay options previously not available. Within every remastered mission, you’ll encounter a ‘Treasurer’, a devoted follower of Parvos Granum (play the quest to find out who he is!), and the keeper of Parvos’ Crowns, aka tokens. In all, we’re aiming to show you in every way imaginable what we mean when we say we’ve ‘reimagined’ the Corpus Ship levels. It’s not a simple paint job, it’s a top to bottom remake. We hope to see you wielding time and taking down the Corpus soon, Tenno! 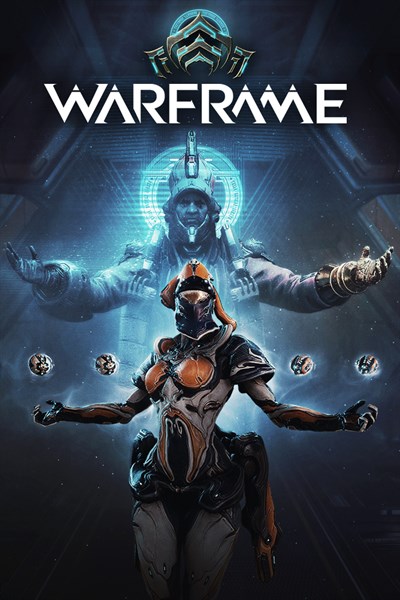 They were called Tenno. Warriors of blade and gun – Masters of the Warframe armor. Those that survived the old war were left drifting among the ruins. Now they are needed once more.

The Grineer, with their vast armies, are spreading throughout the solar system. A call echoes across the stars summoning the Tenno to an ancient place. They summon you.

Come Tenno, you must join the war.